South Korea has been a big winner in the game of globalization, but it has come at a price | By John Feffer (Fall 2021 issue)

You’ve either seen the Netflix show Squid Game, considered watching the South Korean series before giving it a pass because of its violence, or read about it and wondered what all the fuss is about. You know, therefore, that this global hit is about hundreds of indebted Koreans competing against one another for a huge jackpot. The competitions are children’s games like tug-of-war and marbles. The penalty for losing is death.

It’s not a reality show. But this fictional drama does accurately reflect the reality of living in South Korean society these days.

The commentary about Squid Game has emphasized the economic precariousness in which so many Koreans live. Household debt in South Korea is over 100 percent of the country’s GDP. Housing is expensive while secure jobs are scarce. A few years ago, young people started referring to their country as Hell Chosun, a place where they simply couldn’t get ahead. Competition is ruthless for spots at the top universities and choice positions in the leading conglomerates known as chaebols. The resulting inequality has become a major theme in Korean culture, which came to the attention of global audiences in 2019 with the popular movie Parasite.

All of this is true. But here’s a more radical interpretation.

Squid Game reflects a deeper anxiety about South Korea’s place in the world and what it took to rise from a poor Third World country to one of the top global economies. In a strange way, the show is about globalization but has cleverly concealed its critical message to reach a global audience.

In 1960, South Korea’s per capita GDP was comparable to that of Ghana or Haiti. In the early 1960s, 40 percent of the population lived in absolute poverty. In that first decade after the end of the Korean War, North Korea was the more economically advanced half of the peninsula.

It was at this point, when South Korea was near the bottom of the global economic ladder, that it became a contestant in a ruthless global competition similar to the fictional Squid Game.  Like most of its fellow competitors, South Korea was impoverished. It was willing to do almost anything to succeed. And it knew that the rules of the game were rigged against cooperation. In fact, the only way to win the game was to bend the rules.

Spoiler alert: In the space of little more than a single generation, South Korea became a wealthy country. Indeed, in 1996, it joined the club of wealthy countries, the Organization for Economic Cooperation and Development.

How did South Korea come out on top of this global Squid Game?

To win, South Koreans engaged in a series of collective sacrifices. They sacrificed democracy — and the lives of a number of democracy activists — during the years that dictator Chung-Hee Park presided over the Miracle on the Han. They sacrificed the environment, which was trashed during the rapid industrialization of the country.

And they sacrificed free time and overall well-being. In Korea, as in Japanese, there’s a word for “to die from overwork” (kwarosa). Once, when I asked a Korean activist friend when she was going to take a vacation, she looked bewildered. Vacation, she informed me, was when you rested in the hospital after going there to recover from work-related exhaustion.

Education was one major strategy to lift South Korea out of poverty. In 1945, the country’s literacy rate was only 22 percent, one of the lowest in the world. By 1970, it was nearly 90 percent. In the 1970s, South Korean universities came to be known as “monuments of cow skeletons,” for farmers would do anything to send their children to the cities for education, even to the point of selling their cows and their land and taking out loans. In this way, the countryside sacrificed for the good of an emerging urban elite.

In addition to suffering themselves, South Koreans also took advantage of the suffering of others. Just as Japanese conglomerates profited from assisting the United States in the Korean War, South Korean companies like Hyundai and Hanjin got a big lift from U.S. contracts during the Vietnam War.

To get to the front of the line, South Korea also took shortcuts. With its famous ppali-ppali (fast-fast) approach to development, Korea rushed buildings, bridges, and transportation projects to their completion. In several infamous examples, the corners that construction companies cut led to horrific infrastructure disasters like the Seongsu Bridge collapse in 1994 and the Sampoong Department Store collapse in 1995.

But Korea also broke the rules in smart ways. Instead of being content with supplying the world with raw materials, the South Korean government subsidized the creation of new industries that would become globally competitive. For instance, without any history of modern shipbuilding, South Korea became a leader in the industry in the 1970s and recently regained the number one spot. In this way, South Korea gamed globalization, figuring out a way to build an export powerhouse from an unpromising resource base.

The other contestants in the global Squid Game, the ones who failed to play the game as successfully as South Korea, were not eliminated from the competition. But people nevertheless died as a result of those decisions. In countries that became stuck in cycles of debt and poverty, millions and millions of people lost their lives because of hunger, disease, and conflict.

So, Squid Game may well be a hyperviolent entertainment, but the loss of life is actually quite tepid when compared to the losses sustained during the real-world Squid Game of globalization.

Still not convinced that the show is an allegory of South Korea’s experience of climbing the ladder of economic development? Then let’s look more closely at the details.

Squid Game features children’s games that eerily parallel the competitions that South Korea had to endure during its economic rise. In the game of Red Light, Green Light, for instance, an enormous animatronic girl announces when contestants can run forward and when they must stop. It’s hard not to glimpse in the little girl’s arbitrary announcements the rules laid down by the World Bank and International Monetary Fund on when countries can advance and when not. The tug-of-war pits teams against one another, and indeed sometimes South Korea was pulling alongside its regional teammates Japan and Taiwan as the “flying geese” that industrialized in tandem and “beat” teams from other parts of the world.

And in one of the final games in the show, contestants must walk across a set of tiles that form a bridge across a chasm. Because only one of each pair of tiles is safe to stand on, the first contestants have to guess their way across and, when they inevitably make a mistake, fall to their deaths. Those at the back of the line wait, observe, and increase their chances of success. As a late industrializer, South Korea could learn from the mistakes of its predecessors and, in the case of Japan, follow its lead into the safety of the club of wealthy nations.

To drive home the allegory, the audience for the gladiatorial contests in Squid Game are rich foreigners who enjoy betting on their preferred frontrunners. It’s hard not to see this cabal of the wealthy as a stand in for the Paris Club or the Group of Seven and their bets a version of preferential loans or sovereign credit ratings. Who ever said that globalization didn’t play favorites? It’s extraordinary that a columnist like Max Boot can watch all nine episodes and see only the benefits of globalization in the series.

Sacrifice, ruthless competition, rule-breaking: South Korea excelled at the global Squid Game. It rightly earned an enormous jackpot. But winning has also come at a price.

Only one contestant emerges as a winner in Squid Game. Naturally, he is racked with survivor’s guilt. He has watched friends die. He has hardened his heart. He can’t enjoy the grand prize, for he can’t but see it as tainted money. To assuage his guilt, he arranges to pass the money on to others, including his daughter.

By contrast, South Koreans feel enormous pride in their success in the global development sweepstakes. And when it comes to global competition, Koreans generally think of themselves as the wronged party, particularly when it comes to Japanese colonialism and its after-effects. Guilt is perhaps the last emotion Koreans feel when they think about their collective success.

But that guilt can be found in certain places. In his novels, Hwang Sok-Yong has written about the underside of South Korean success, for instance Korean involvement in the Vietnam War in The Shadow of Arms and the country’s economic underclass in Familiar Things. The environmental damage caused by Korea’s rapid economic development has not only spawned a large environmental movement but also prompted the country to host several international climate-related initiatives. And a concern for those who lost the global competition has largely been focused on North Korea, which has fallen far behind its southern neighbor and is the recipient of much South Korean humanitarian assistance.

And now, of course, there is Squid Game. At one level, it’s just another example of Korea’s penchant for ultra-violent fictions like the films Oldboy and The Man from Nowhere. At another level, it’s a grim tale about the challenges of life in Korea today.

But lurking beneath those two levels is a third one: An allegory of South Korea’s determination to rise in the global economic ranks. Like the main character of Squid Game, South Korea would like to think of itself as a good-hearted actor who just wants to help people. But as the show reveals, even the good-hearted are forced to take risks and make terrible sacrifices in order to succeed in a world where the odds are stacked against them.

The race to the top might seem like a children’s game like King of the Hill. But all such games create a class of elite winners and a vast underclass of losers.  Squid Game is a reminder that globalization is just such a blood sport. 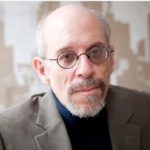 John Feffer is the author of "Frostlands" and the director of Foreign Policy In Focus (FPIF) at the Institute for Policy Studies. FPIF (www.fpif.org) is a network for research, analysis and action that brings together more than 700 scholars, advocates and activists who strive to make the U.S. a more responsible global partner.

Korean Quarterly is dedicated to producing quality non-profit independent journalism rooted in the Korean American community. Please support us by donating, or making a purchase through our store. 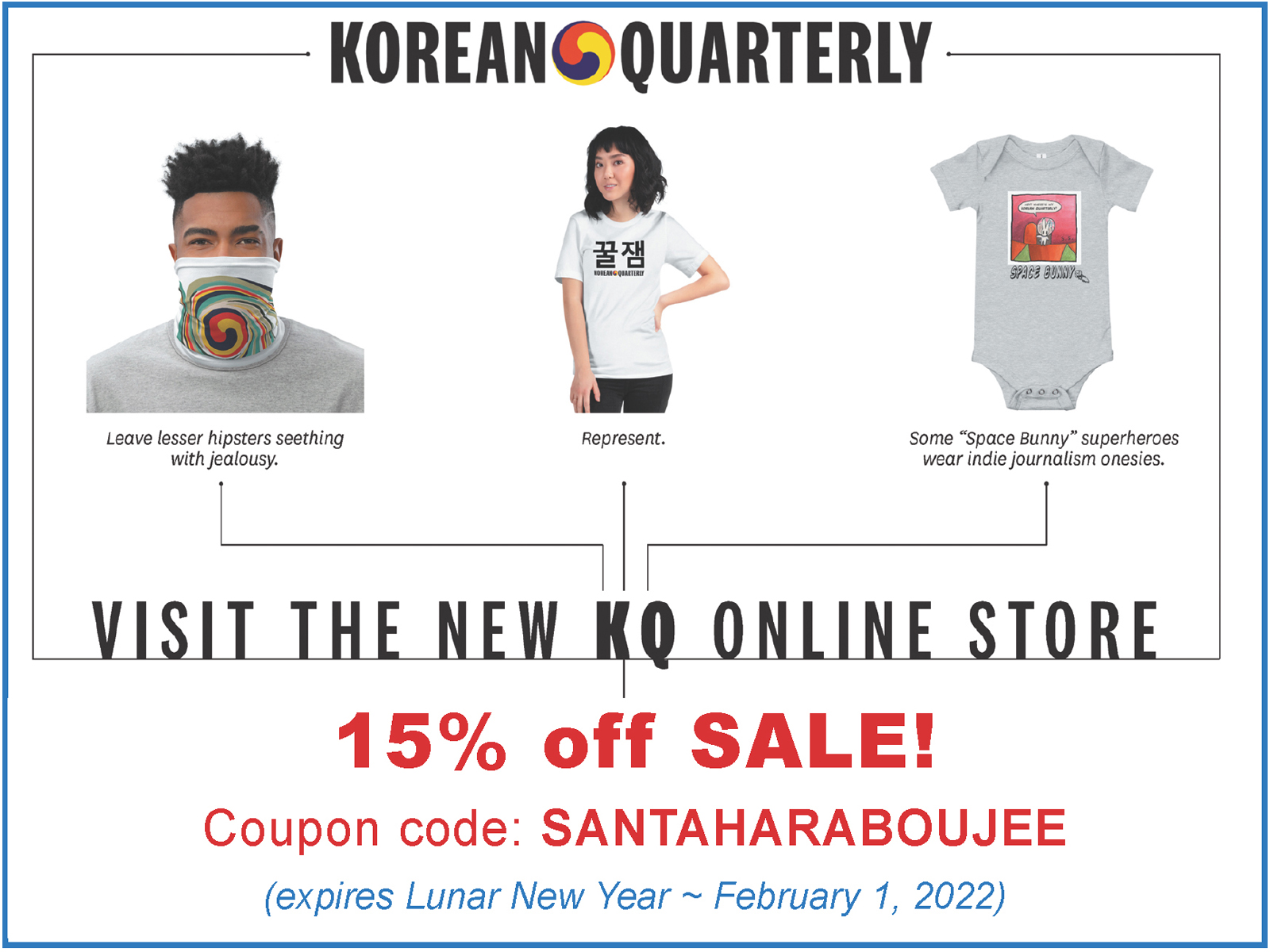